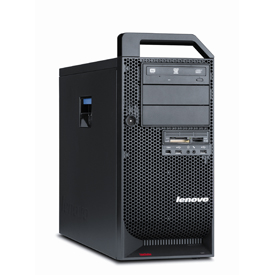 Why am I doing this and what did I get myself into?

I have an extremely loud HP 1U server with 2 Xeon X5650 processors (6C 12 Threads each – 24 total Cores). It is so loud that I have it way down in my basement powered off and when I need to use it, I send it the magic packet over the network to turn it on. Then I immediately turn it off when I’m done. Sometimes I bring it into the office when I need to upgrade the company’s Xen server. My office mates love me when I do this. Basically it is not feasible to use it in a home or office environment, because of the noise it makes.

I wanted to do some testing of Redhat’s new Platform as a Service (PaaS) environment called Openshift. This was going to be a long-term project and was heavily depended on virtualization to get the job done. Perfect for my test server, but bad for my ears. I got the idea that I might be able to turn that server into a workstation, by gutting the CPUs, Memory, and Disks. A workstation sounded like much better idea because I can use it as a self hosted sandbox. So I started looking for a barebones workstation to upgrade with my parts.

After researching the possibilities (Lenovo D20, HP Z800, and Dell T7500) I noticed that the next gen processors where coming down in price and I might be better off using those instead – especially considering the improved bus speeds (all of the above workstations have SATA2 and no PCI Gen 3. For a cost comparison, I probably could have built the Dual x5650 workstation for $400.

I was able to purchase a used Lenovo D30 Workstation off of ebay (buy it now) for $525. The system was a complete refurbished unit and working with a single 4 Core E5 processor, 16GB Ram, 1TB Spinning disk, Windows 7 and a Nvidia Quadro FX3800 Graphics Card. I added the following: 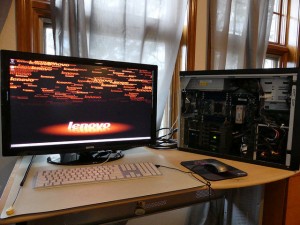 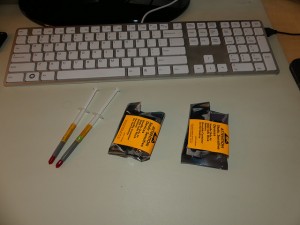 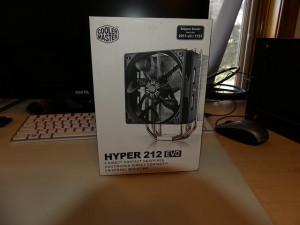 I also have been upgrading memory. I’m spending about $2 per GB for PC3-12800R 8GB RDIMMs. I didn’t add memory into my price above because the amount you need is going to be based on your workload. My workload is going require a lot of memory. I plan on going up to 128GB, but not all at once. The system ran fine with 16GB, Currently I’m using it with 48GB and have more on order.

It is worth noting that I also looked at the HP Z820 and Dell t7600 workstations. But the Lenovo won out. The main reason was that it looks like it uses standard components and interconnects. For example the Dell would have required a special Dell heat sink fan when adding the 2nd processor, because it has a 5-pin connector (Standard is 4). The D30 power supply connectors and mounts look standard and the motherboard appears to be an E-ATX size.

This all means that I should be able to swap everything into a standard case, like a NZXT H630. The D30 also has a m.2 slot for PCIe Gen 2 x4 SSDs. Dell does have a smaller dual socket workstation, the T5600. However it does not have 16 slots for memory. But again, if you don’t need as much memory, it can usually be had for less money (Theoretically).

You could just start with a Dual Socket 2011 Motherboard, but those are getting hard to find and when I did find an ASUS or an ASROCK, it wasn’t much cheaper than the entire working D30. 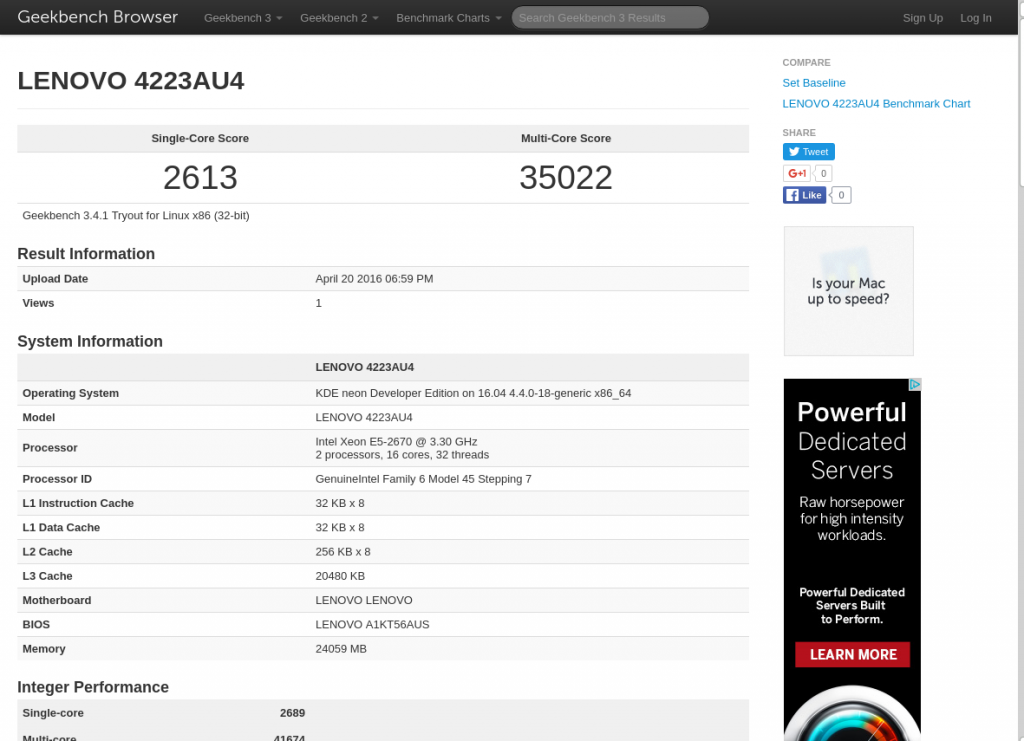 The mac uses the Ivy Bridge Xeons (the v2 part of the number). Basically the Die Shrink in the Intel “tick-tock” process. Just more efficient not really that much more powerful when the keeping clock speed the same.

I connected up a 27” 2560×1440 monitor and took this system to the office. So far so good. I loaded Kubuntu 16.04 beta as I am a few days away from the official release. I’ve been testing it by doing my Java development on it. It certainly has the power to run VMs without much drama. Java development would probably be better on something with faster single core scores though. The single core score for a Skylake 6700k is pretty damn good. So if your workload is just Software development that’s probably a better system. But for massive multithreaded workloads, like Virtual Machines, Content Creation, and Video Rendering. This is much better, even using 4 year old hardware. 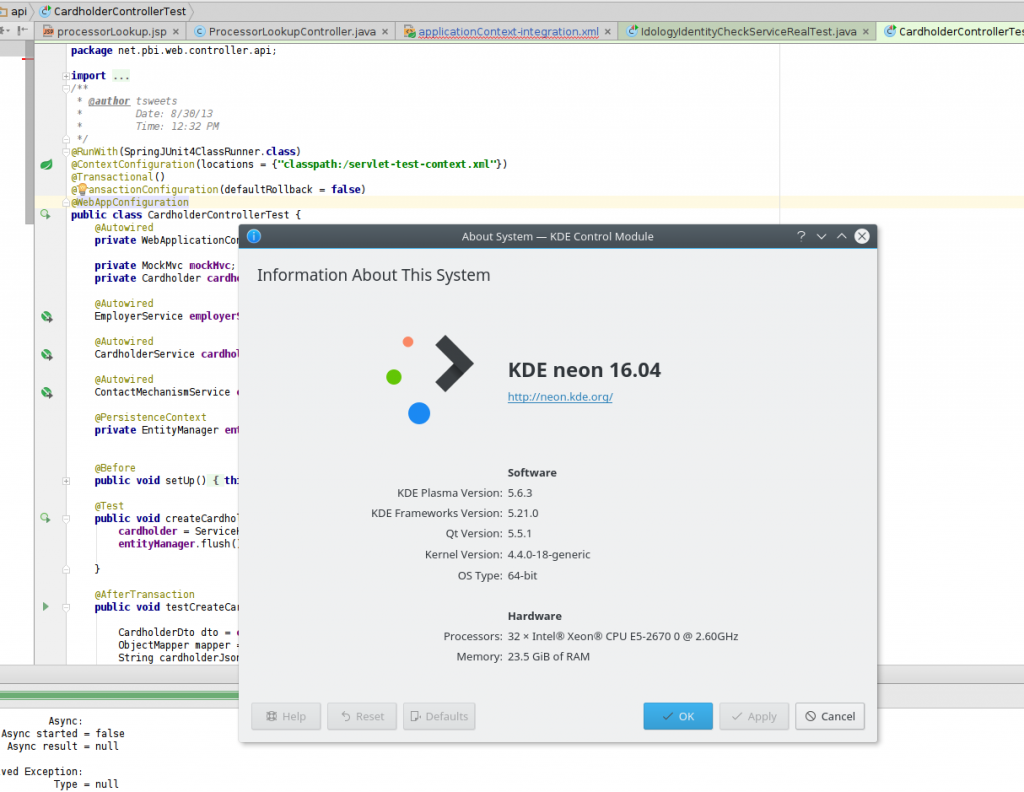 My system could be improved by populating that m.2 PCIe storage slot. My SSD is probably doing around 400MB/s where a PCIe Gen 2 x4 device is good for about triple that.